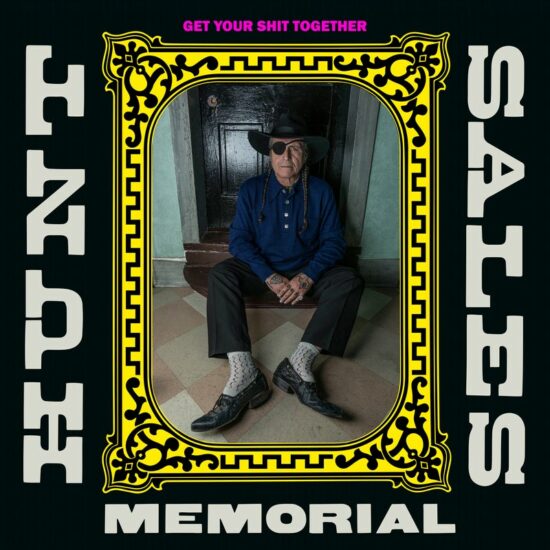 A chat with Hunt Sales, the famous evolutionary rock drummer of the late 1970s in America. He collaborated for years with Iggy Pop and David Bowie. It was his overwhelming drums of “Lust for Life”, the song that gave the title to the epic album by Iggy Pop in 1977. In Italy we could see him live only in October 1991 with David Bowie and Tin Machine at the Brancaccio Theater in Rome.

In 2019 an American label called Big Legal Mess / Fat Possum Records released an unexpected record product. It is a solo work made by a long-time musician, but who only in old age decided to build an artistic “debut” in his own name. We are talking about Hunt Sales, an American drummer with an amazing curriculum behind him, from rock’n’roll to blues, to jazz dixieland, and who has ranged throughout the great American music, always alongside absolute stars.

In Italy we knew him because of his disruptive drums that accompanied Iggy Pop in that moment of transformation, so evolutionary, of the second half of the 70s. Hunt Sales was with Bowie in the Berlin phase of the trilogy, but we Italians saw him for the first time only in 1991 at the Brancaccio Theater in Rome for two unrepeatable evenings, on the Tin Machine drums, and we had the opportunity to understand how Hunt Sales was an avant-garde drummer, even when he played an almost ‘retro’ genre: it was actually a retro suitably reworked, as Tin Machine did in those two incredible records of the early 90s, courageously producing a music totally contrary to what the new winds of Brit-pop were spreading.

This solo production by Hunt Sales therefore struck us, because it never happens to make a debut with a work that actually represents a sort of memorial, also sound, and cultural. In the album “Get Your Shit Together”, on the cover of which, in fact, the writing “Memorial” stands out, we find ourselves listening to a mixture of deeply American sounds, a mixture of old rock’n’roll but also echoes of sonority blues mixed with that vaguely punk-evolutionary energy that marked his works with Iggy Pop and other artists of the middle age. His story, therefore, through his publication, intrigued us: a story of wandering, of drugs, of itinerant and transversal paths between different musical genres that until now had probably concealed the inner artistic direction that Sales kept in himself, and that today instead it emerges. 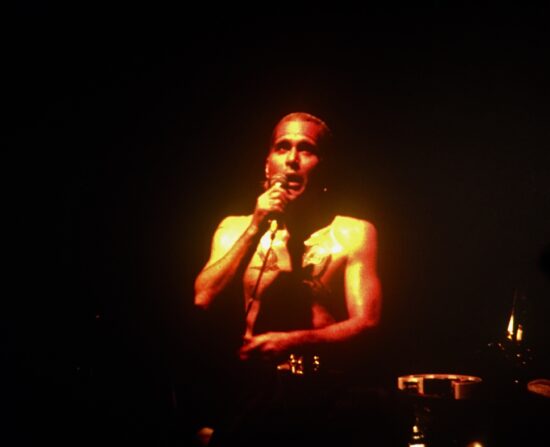 -Hello gentle Mr. Sales, thanks a lot for this conversation,  it’s a great pleasure and an honour to talk with one of the most great acclaimed drummers of the rock world. Mr.Sales, it’s not easy from where to start to ask you but in a way or other we have to “break the ice” as we say in Italy. You have an excellent reputation as a musician and have always demonstrated strong musical consistency with whoever you have worked with. We can imagine that you have always played with musicians who were close to your feeling, but what are your memories of your beginnings as a musician? Did you feel confident or were you afraid of not doing well?

My memories of starting out, the person that gave me impetus from the start of my career and my love of music was Earl Palmer, a famous New Orleans drummer who worked with Little Richard and Fats Domino. I was at a recording session at 6 years old and saw him play on the session and met him when he worked on one of my dad’s records. It changed my life. Failure has never been an option, not that I haven’t had failures. But as they say, one who doesn’t try is a failure.

-When at the end of the 70s you played with Bowie and Iggy Pop together with your brother Tony, many praised your work and the intro you play in the song “Lust for life” remains memorable. A “cult” that still fascinates and produces energy and clarifies how “Rock” must be! What can you say to us about that breathtaking riff that you play and that you keep throughout the song and that we find in the movie “Trainspotting”? How was born the idea of the drumming part of that song? 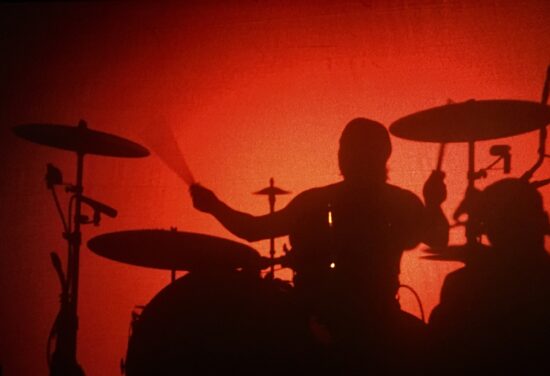 It’s based on several different things. One, Motown, “You Can’t Hurry Love”, “George of the Jungle” which is from a cartoon, and Armed Forces Radio in Berlin, Germany which is something I heard a lot while living In Berlin with Iggy and David. I put it all together and like a lot of things in music there is nothing new, it’s how you borrow it or take an idea for another idea and make it  your own.

-You have participated in two important musical turning periods of David Bowie and Iggy Pop, always in the company of your brother Tony on bass in the Berlin period 1976-1977 and with Tin Machine in Montreux and in other recording studios. Even today your interpretation of the song “Sorry” remains one of the best songs of the second album of Tin Machine. What do you think of the experience with Tin Machine today? Was it done everything you wanted to do with Tin Machine?

The good thing about Tin Machine was it got me playing drums again. Prior to Tin Machine I had been doing a lot of arranging and producing for people, not much drumming. Of course to work with David after so many years after 1976-77 with Iggy Pop, to be a little bit older and hook up with David again was great.

-Finally for those who love your music is out your first solo album named Hunt Sales Memorial “Get Your Shit Together”. You say in “One day” I am alone. What it means for you the solitude? For many people “solitude” is a way to escape from the life stress, do you find instead something who gives you more creativity? 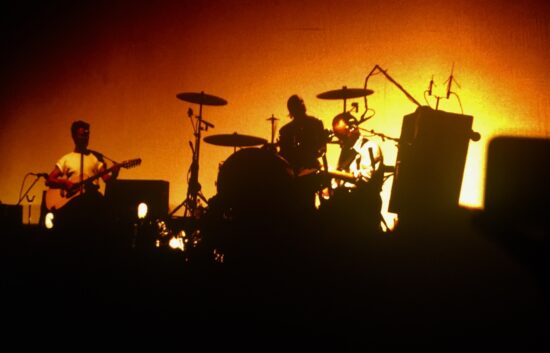 It’s not about being alone. It’s not about solitude. It’s more like being around a lot of people, family friends or strangers, and feeling like you’re alone. It has more to do with a head trip of not feeling like you belong or fit in and it’s a feeling shared by a lot of people. Maybe the outsider, the addict, the alcoholic.  It’s a universal feeling to feel  alone. People talk about having a hole in them that is never filled. It has to do with all of that, and more.

-Besides pure energy, what must be present in a song you play? A text of a true story?

Hopefully one way or another something I can relate to has to be in the song that will kick off a feeling or feelings that will inspire me.  Hopefully that inspiration is shared with the listener, also.

-Your first solo album is so real in my opinion and shows your brilliant talent as a composer. Also your way to sing is warm and rough in the right way and this is not common for a drummer.  What is magic for you in your album?

I have a band and this band consists of me and a guy named Tjarko Jeen who is from Holland.   I put this band The Hunt Sales Memorial together 10 years ago and the reality is opportunity met on the corner of preparation meaning I was prepared having been rehearsing hundreds of hours with this group and gigging through the years. When the opportunity came to make the record I was prepared. The record was done old school, in a very short amount of time like the records in the sixties and fifties.

-Would you like to play a series of concerts in Europe?
Yes I would.  I’m looking for the right promoter to bring me over there.

-What are dreams for you Mr. Sales?
To come to Europe and throw the fuck down.

Thank you very much for the kindness Mr. Sales. Best regards and Arrivederci from Italy,